Actually I did not want to leave Mongolia yet, but the visa expired and the Russian visa started and it’s pretty cool to go to a new country! The first few hours to the border of Russia passed by really quickly. Had a good time with a Canadian couple sitting in an other coupe a little bit further up in the train. In addition, we were doing a speed course in Russian with the Kazakhs who were in our compartment. The 2 Kazakhs are a father and son who visited family in Mongolia. The boy spoke Russian and no English and since it is easy if you can communicate with someone with whom you share the coupe for the next 50 hours, there was nothing to do but learn some Russian quickly 😉
The 2 people that were in the coupe aswell were quiet and liked to sit on the train with backpackers which made it a bit more fun . The food they had did not smell as bad as last time with the Chinese. They are leaving the train in Omsk, the border village of Russia and Kazakhstan, but we’re not there yet..

Today is going to be most about crossing the border of Russia. Heard a lot of different drama stories about this, but let’s see how this is going to go… According to the schedule, it takes 3 hours to get the whole train across the border. Once at the border, the Mongolian emigration service will first check whether we have complied with the visa and this was done in about 5 minutes. After they have passed the coupe, we we’re not allowed to leave the coupe, because soon Russian immigration and customs will come to check everything. I think those people are hired for length and width. It’s like the Russian bad guys from bad action movies. Not to mention the largest and widest of them all was the drug dog companion. The drug dog was an adhd dog about the size of a chihuahua (lol)
Actually it all went very fast and after half an hour we could get out of the train to wait another 2.5 hours before we continued driving. Of course we had to drink some alcohol te celebrate another border crossing. the bottles of vodka (including the infamous luminous bottle from the pictures on facebook and no I don’t have the bottle, so you can’t buy it haha :-p) were taken from the backpacks at us and the Canadians. A group of 18 crazy Polish guys emerged from the train who had the same idea as we did. Everywhere were full bottles of Vodka and after they were finished they still had a bit stronger stuff to drink away the hangover from tomorrow .. WTF !!! In any case, it was a nice party in the middle of a station in Russia and we cannot remember that we went back on the train… So I learned something new that night. If you think you drink strong alcohol and are afraid of a hangover the next day… Just drink something even stronger before going to bed and hop no hangover, and we woke up fresh and fruity, quite after a nightcap with 70% alcohol in it…
Yeah the photo got a bit blurry, I wonder why 😉 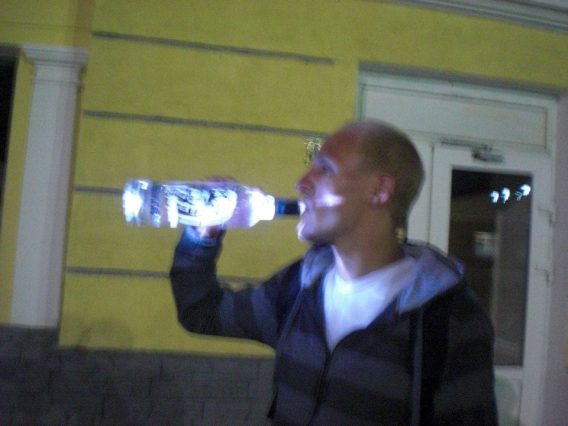 The next morning, said goodbye to the Canadian couple. Hanna (the Canadian teacher) had mixed her drinks and she had a massive hangover !! She has been sick all night and felt a little sorry for her when I saw her standing with the backpack too big with those limp legs. However, there was a moment of realization how crazy the things we are doing sometimes. No matter how sick you are, you must continue and travel on. You have to look for a place to sleep and a place where you can eat something that you will actually keep inside. But yes, next mission in Irkutsk! Was a bit stupid not bringing enough water and with a stop of 25 minutes I ran into the town to get some. In my best Russian explained what I needed:-P.(I showed what I wanted) Mission accomplished.
So let’s taste that Russian water. Noooooooo it’s sparkling water!! If there is anything I hate drinking it’s sparkling water 😦 And probably won’t be able to brush my teeth with it either, because the bubbles will make the toothpaste come out of my nose. Already had that experience in Mongolia….

After saying goodbye to everyone in Irkutsk and Mongolia and all alone with your though, you will ask yourself why you choose to spend 100 hours on a train and then also share a coupe with people who, after 1 day started to smell bad and their meat too. Anyway, as usual I Always try to make the best of it. Just watched a movie and stared out of the window with some chilled out music.
Went to bed early in the evening to kill some extra time and tried to sleep in as long as possible. After a day seeing the same view it gets a little bit boring although every now and then the view was amazing. Walked around the train for a bit to see if there were any other backpackers but there weren’t actually. It was really quiet anyway..
The next day most of the people had already left the train, which made the atmosphere in the train really relaxed.. During the stop at a trainstation came across the Belgian “friends” again. Their entire train section was full of running children. So it could really be worse. Pretty much all we did was shared stories, which was enough to pass the time until the next stop.
After 100 hours it was finally over! The train arrived at the final destination MOSCOW !! Wihooooooo. It was raining hard. Yes, welcome in Europe and in addition, from the moment you cross the border you have the feeling that you are surrounded by tourists, because everyone is white again. Very special feeling when you cross the border from Asia over land. 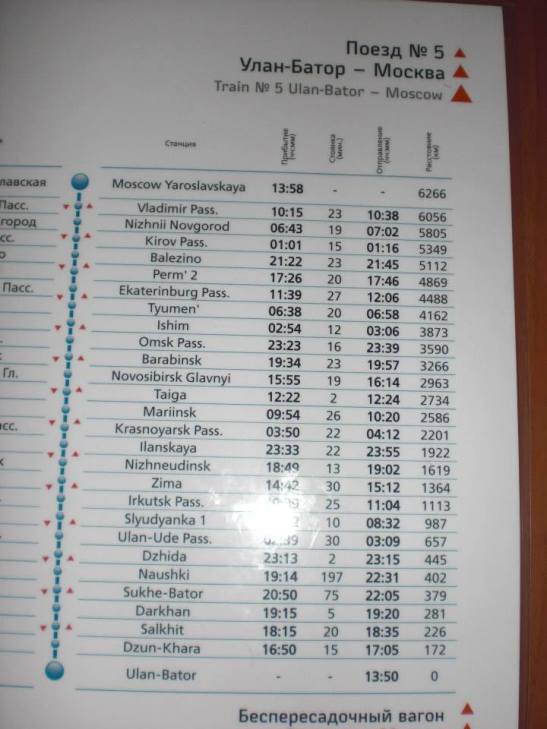 But now the new challenge came. The task that you have to do every time. Find a place to stay. (Remember that this is 7 years ago, there was almost never a good working mobile network and if it worked it was extremely slow and expensive to use)
How to get from the station to where the hostel is? (booked one in advance this time from Mongolia) Fortunately, I already learned a bit from the other times and was prepared quite well, actually very well. Made a load of google street view screenshots since the offline map almost never worked. Even looked at how to walk and which street to enter. In addition, I had written down the metro stations in my best Russian so that I could compare the signs and letters a bit. The best idea ever, because nowhere in Russia were signs in English. Due to the good preparation and the experience it was pretty easy to find the hostel.

Survived 100 hours on the train and found the hostel. Would I recommend it to you? At that moment I would have shouted NOOOO you must be crazy, but the more days that passed I would almost say yes… Almost… 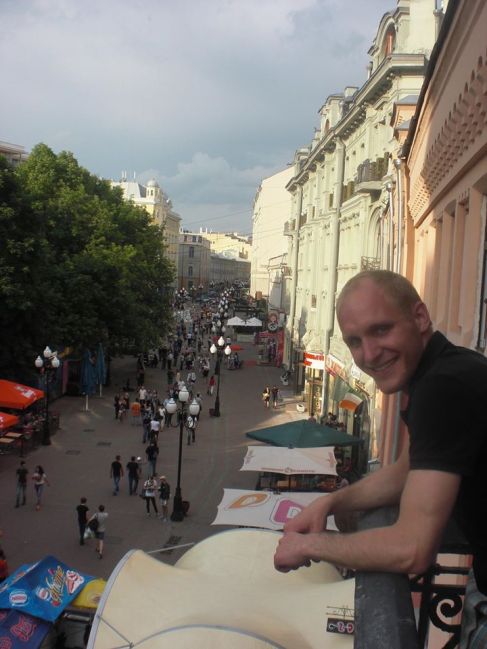