The day is here. Going to see that little wall somewhere in the mountains!!!! Can’t wait to see it with my own eyes!!!!

Made myself I care package with some fruit, cookies and some other good stuff. The little tourist bus was waiting at my little hostel. When I sat down in the bus the good english speaking tour guide started to explain a lot about his country and how their culture works. Like everything that moves or grows from a tree is ment to be eaten… Most funny thing that I can remember was that he has a dog as pet and would never eat it. But he would eat the dog of his neighbours haha..

After arriving near the Great Wall we went into some sort of ski lift to get into the mountains. I didn’t want to be between all the thousands of tourist so starting walking away from the crowds on the wall. It was really steep but so worth it. Almost felt like rock climbing every now and then, that’s how steep it was. The view was indescribably, there was no one there and just enjoyed actually standing on the Great Wall. Some dreams can become reality apparently if you work hard for it. Such a great feeling doing something I always wanted to do when I was a little kid.
To bad I couldn’t stay for that long and but I enjoyed the moment to the max:-)

Back in the van the tour guide asked where I went. Told him how far I walked and he said that I was probably the only one that far away since no one want to go through all the steep parts on the wall. So if you ever book a trip to the Great Wall. Start walking and after a while and some tough climbs you’ll be all alone on that piece of Great Wall 🙂
Now the other tourists and me could choose where we wanted to go. A teahouse, silkmarket or traditional herbal healing centre. We went to the herbal healing centre and got explained a lot about traditional healing. We got a herbal foot bath and a massage after and tickled sooooooo much but felt really good afterwards.
On our way back to the hostels the driver took a detour to the Olympic Stadion and Olympic village surrounding it. The tourguide explained that the actually build a China Town in the Olympic village so all the people staying there didn’t have to go wonder of into the big city.

The next day I slept in and didn’t set my alarm and stayed in bed chilled out for a while. Writing blogs (with pen and paper). Didn’t do much at all today. Went to the market where a salesman tried to sell me a shirt van about 32 euro. After some bargaining I got it for 4 euro haha. I also studied the subway routes so I could go to the summer palace the next day. It was kind of fun being pushed into a subway to see how many people would fit in it.

The next day I scored some bread and cheese (and i scored my first chinese duplicate of red bull). It was delicious I can tell after having rice for breakfast a few days in a row (still getting used to that)
I woke up pretty early the next day to go to the temple of heaven to see the locals doing some sort of morning yoga or whatever you call it here. I just visited a few more spots in Bejing last couple of days and done everything I wanted to do here. It’s been a good couple of days wandering around in Bejing and seeing some cool stuff. I ate a lot of things I’ve never eaten before, some really nasty things and some things were actually pretty good (I don’t want to know what I’ve been eating though).
I’m leaving Bejing tomorrow to a border town called Erlian to move onto the next adventure, Mongolia! I might come back to China since I’ve only had time to look around in Bejing and didn’t go anywhere else in China. I know there is a lot more to see and experience in China so might go back later to explore China. 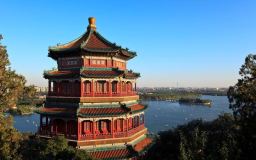 Enjoyed reading this? Feel free to leave a comment or like at the bottem of this post. Don’t want to miss a single blog? Make sure to enter your email on my homepage 🙂